Western Sydney Wanderers the A League’s newest club, booked their ticket into the 2014 Asian Champions League, after opening up a five point gap over their nearest rival. With just three matches remaining in the regular season it seems the Wanderers are going to complete a fairy tale.

Defeating Wellington Phoenix 2-1 via two penalties the Wanderers weren’t at their best yesterday, yet still came away with the spoils. Also in their favour is the form of Central Coast Mariners who have sunk from the top of the table. Sadly the Mariners choking at this stage of the season is an almost annual occurrence and with two losses in a row manager Graham Arnold is scratching his head, “Senior players … if you have got goal-scorers out there, the goal-scorers should be the ones that want to take it.” The former interim Socceroos manager was frustrated at senior players not wanting to take responsibility for penalty taking after the Mariners loss to Western Sydney Wanderers. Perhaps more concerning for the Mariners is Arnold’s perceiving of mental fatigue amongst his players, “With mental fatigue comes decision making and they are doing things they don’t normally do. Turning over possession, taking extra time on the ball.”

With their fate in their own hands, it’s hard to see anything stopping the Wanderers from taking home the Premiers Plate (A – League Premiership). It’s almost unimaginable to envisage Wests being defeated anytime this season. There is such a momentum behind the team and at the same time their nearest rivals are imploding. Manager Tony Popovic was typically cautious after yesterday’s win, “There is still some work to be done, and this group knows that.” Popovic and Wests are not celebrating yet, but I can’t wait to see the best of Asia playing at Parramatta Stadium in 2014. 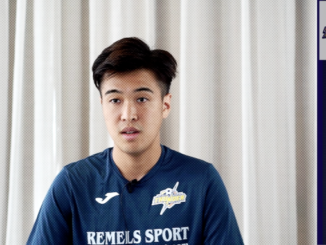 15 Comments on WESTS WANDERING INTO ASIA