With the J League title race into the home stretch the Urawa Reds wasted a golden opportunity to put themselves into the box seat. Top of the table Hiroshima and Sendai both slipped up with the latter failing to take anything from their clash with Shimizu S Pulse. However, it will be the Reds who are ‘living a life of regret’, after letting a 2-nil lead slip at home to FC Tokyo.

Urawa were set to make their presence well and truly felt at the top of the table when Brazilian Marcio Richardes put them ahead 2-nil in the 36th minute, but it wasn’t to be. J League 2012 is the year of the undecided. This weekend the top four placed teams managed only three out of a possible twelve points. Thankfully for the Reds, Hiroshima relinquished a 1-nil lead over Shimizu to go down 2-1, suffering two goals in the last ten minutes of regulation time. In the north Kashiwa Reysol gave up their 1-nil lead to the resurgent Niigata. Amazingly the home team (Niigata) staying in touch with Kashiwa after going a man down in the 69th minute. Meanwhile Vegalta Sendai showed their usual grit in securing a draw with Yokohama F Marinos.

With F Marinos sitting back early Sendai had the better of the play. Captain Ryang Yong Gi strolled into the box on one occasion and blasted a right foot shot wide of the far post. Alas, the teams went to the break  0-0. In the 60th minute Uchiyama headed home from a corner to put Sendai into the driver’s seat, but it didn’t last for long. In the 65th minute Shunsuke Nakamura wound back the clock with a stunning shot from the edge of the box. The curling left footed missile could only be deflected into the far post by the flailing hand of keeper Hayashi. In the 70th minute F Marinos would take the lead via Kanai’s stooping far post header. Amazingly Marquinhos wasted a chance one on one with the keeper, and yes, he and F Marinos would regret it. Wilson was the recipient of a perfectly lobbed ball by Ryang Yong Gi, this time his touch was precise and on entry to the 18 yard box drew an obvious foul from Kurihara. Penalty! The Brazilian made no mistake, and that was all she wrote. Final score 2-2.

As a result Sendai sit atop the table and although many expect Sendai to falter this blogger begs to differ. While teams will show more respect (by that I mean, sit back and defend) for Sendai throughout the second half of the season, the fact that nobody has stood up and confirmed their intentions to take the J League title in any immutable fashion is enough for me to say Sendai can go all the way. 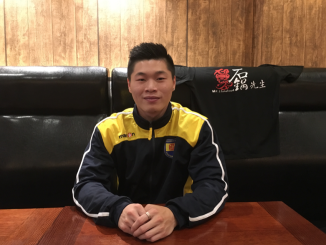