In a week where the fixture list was jammed with top flight action Shimizu took the opportunity to scale the heights of the J League ladder. It began on Saturday (April 28th) with victory over FC Tokyo, then Thursday a drubbing of Kashima Antlers had the home fans in raptures, before Sunday’s win over competition leaders Vegalta Sendai. Wow!

Most remarkable of all the victories was the 1-nil victory over FC Tokyo on April 28th. S-Pulse were away to the ‘Gas Men’ and played from the 56th minute with just ten men. Adding to that Aussie Alex Brosque was sent off in the 73rd minute bringing the Shimizu down to nine men. But someone was watching over the men in orange as youngster Toshiyuki Takagi slotted his fourth goal of the J League season. With just 13 minutes remaining plus stoppages S-Pulse defended resolutely to go home with the three points and a famous victory.

After the recent run of success Shimizu S-Pulse now sit 2nd on the ladder and just two points off the leaders Vegalta Sendai. Now it is S-Pulse who are being touted as title winners in many quarters. With 24 games to play there is still many twists and turn to come in what is arguably Asia’s most exciting league. 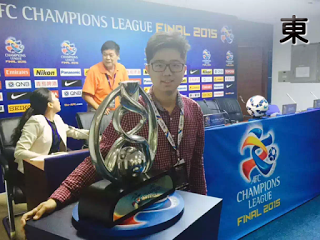