Lambton Jaffas have come from two goals down at half time to steal all three points in their round one picture with Hamilton olympic.

The home team went ahead early in the first half when Scott Smith made the most of a goal mouth scramble. Hamilton went on to dominate the remainder of the half with Rhys Cooper pouncing on a poor pass from Jaffas defender Nathan Morris, then beating the keeper one on one.

Kicking off late on Sunday evening (06:45) fans who came to see Joel Griffiths return to football would have been slightly disappointed as the former Socceroo was surrounded by traffic all night. Griffiths was not the only former A-League player on show though, with Jobe Wheelhouse (Jets) and Leo Bertos (Phoenix) both backing up for another season in Australia’s second tier.

On their first half showing it didn’t look like Lambton were at the races, but that changed dramatically with the aid of substitutes Luke Remington and Pat Brown. Remington was as usual like an energiser bunny ensuring his opposite number had no mind for offensive duties. Meanwhile, Pat Brown lining up against his former club was combative, agile and speedy to-boot.

If the energy from Remington and Brown wasn’t enough for Hamilton to realise they were in for a battle, the scoreboard was. By the 50th minute Wheelhouse’s lunging header had the Jaffas within one goal. Lambton’s next goal was just reward for Brown who had shown urgency from the moment he took the field. Though he’d asserted himself physically earlier on, this time it was a mixture of pace and power as he found space on the edge of the box and hammered the ball beyond Hamilton’s helpless keeper Danny Ireland.

Finally, as the teams looked set to share the spoils, Brown struck again. This time with his back to goal he shook his marker with a surprise tip off his boot. Brown then raced to the ball – already in the box – and poked it past the advancing Hamilton keeper. 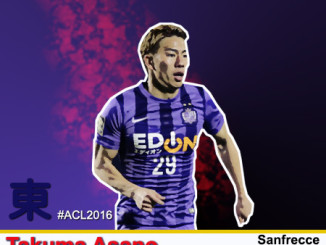