Edgeworth FC were pushed all the way to the wire in their top of the table confrontation with Broadmeadow Magic. The Eagles picked up both of their goals in the last 10 minutes via Brody Taylor and the irrepressible Moriyasu. Taylor was the beneficiary of a Moriyasu cross that was hit just beyond the reach of teammate Keanu Moore. The outstretched Moore was unable to make contact but Taylor was first man in at the far post and he tucked the ball under an advancing Broadmeadow keeper.

In the 91st minute the kid from Hiroshima pick pocketed defender Luke Virgili, before dribbling to the box, cutting inside Piddington and smashing the ball home with his left foot. Moriyasu had only just returned to the pitch, after he had suffered a knock to the face in a prior raid. Broadmeadow whose hallmark has been attack this year, may have struggled due to the bumpy track they were forced to play on.

Meanwhile, on Saturday Lambton Jaffas went down to the resurgent Valentine Phoenix. In a see-sawing battle Valentine was able to snatch an 84th minute winner via Riley Russell. At 2-all Jaffas were busy laying siege to the Valentine goal in the 87th minute when the visitors broke from their box with speed. Russell made his way up the left and was recipient of a great pass across the box, before he finished with an audacious left footed chip. Unfortunately for Lambton their ex A-League man Jobe Wheelhouse went off injured in the first half, with a calf tear. The midfield commander had been returning from a week off due to the same calf issue only to aggravate the problem on Saturday. Manager James Pascoe was quoted in the Newcastle Herald saying, “We will try to get him right for the FFA Cup game, but his NPL season is probably done.” Wheelhouse needs to be fully fit by 10th August, when the Jaffas fly to Devonport.

In other matches Charlestown City returned to the winners circle with a 3-1 win over Adamstown, Hamilton kept the heat on Edgeworth at the top of the table with a 3-1 win at Weston, while the Jets Youth v Maitland FC match was postponed due to wet weather.

Next week Edgeworth and Hamilton meet in a top of the table clash. At current the two are separated by just three points with Edgeworth at the summit. Hamilton who host the match on Sunday have a superior goal difference so a win would take them to top of the table. At Maitland manager Steve Piggott has left the club. The announcement came last night (12/07/2016) with the club and Piggott agreeing mutual terms for the departure. 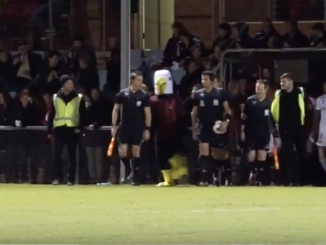