The woes continue at Gamba Osaka with another heart-wrenching loss in the final moments. This time it was the resurgent Urawa Reds who stuck the dagger into any flailing hopes of a mid season recovery. The images of a forlorn Yasuhito Endo leaving the field in disbelief were the most poignant. It just seems that nothing can arrest this slump, which is putting Gamba’s J1 existence in peril.

Endo and the boys at Gamba led Urawa just like they had led against J1 newcomers Sagan Tosu recently. However, this time the lead only lasted from the 14th minute to the 29th. Besides Consadole Sapporo the Kansai outfit have the worst defence in the league, but it was the wasted opportunities which will haunt Gamba after this defeat.

As Gamba Osaka have already replaced their manager this season it’s highly unlikely that current manager Masanobu Matsunami (a former Gamba player) will be ushered off the stage. However, the side now sit 6 points adrift of relegation safety and the usual ‘manager honeymoon’ period is well and truly over. Matsunami took the helm in the 4th round of the season, so by now we should be seeing the fruits of his labour. Some see hope in the amount of opportunities being created by the team but time is running out for Gamba if they are going to restore some respect to the club and maintain their position in the top flight of Japanese soccer. In some good news for the club Leandro Da Silva has been brought back to Gamba on loan from Al Sadd in the Qatari Star League. The deal is for one year with the possibility of an extension. The 27 year old striker could be just the tonic in front of goal with his previous work at the club yielding 11 goals from 21 matches.

In other news from the weekend, it was the men versus the boys as Vegalta Sendai gave Consadole a lesson. In a 4-1 drubbing with three goals coming from headers, the match was the perfect summary of Consadole’s season so far. In Yokohama’s clash with FC Tokyo the home side were able to grind out another win. Yokohama now sit just four points adrift of the ACL positions. Just two points off top spot are Sanfrecce Hiroshima who matched Sendai with a 4-1 victory over Cerezo Osaka. The sides went in 1-1 at half time but current J League top goalscorer Hisato Sato got the ball rolling in the 64th minute. Sato has eleven goals from the 14 rounds played so far. It’s obvious Sato is of vital importance to Sanfrecce.

Next week Sanfrecce meet Omiya Ardija while competition leaders Vegalta Sendai travel to Saitama to meet marquee club Urawa. Currently the Reds are flying and this clash looms as one of the most important of the season so far. The Reds are just five points off the lead and a win at home would definitely have an impact on the top of the ladder. Even more mouth watering is the clash of Vegalta Sendai and Sanfrecce at Sendai’s Yurtec Stadium on June 30 two weeks from now. Another season defining match to look forward to. I look forward to seeing Sendai prove the doubters wrong. 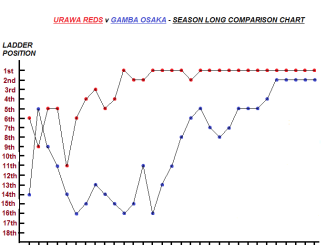 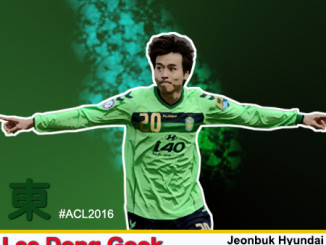 8 Comments on MORE HEARTACHE FOR ENDO AND GAMBA