FFA Cup: Edgeworth v Melbourne City
Northern NSW NPL club Edgeworth FC crashed out of the FFA Cup last night. Taking on the A-League’s richest club Melbourne City, the semi pros put in a stellar shift and could only be killed off with a free kick in injury time.
Currently leading the Northern NSW NPL, Edgeworth restored some pride for the region after locals Broadmeadow were sunk by Heidelberg last week.
Under the pump for most of the first twenty minutes, Edgeworth eventually found some rhythm against their well remunerated opponents. In the 25th minute the 2400 plus crowd were in raptures after a Kisnorbo challenge gifted the home side a penalty. Hammel’s conversion from the spot had locals daring to dream.
City threatened soon after but usually through fast breaks rather than shoddy defending, and Edgeworth’s ability to repel City’s slick attack was a theme throughout the night.
But when Mauk was fouled with some standard man-handling, Mooy duly punished Edgeworth. It was a taste of reality on the cusp of half time.
However, the second half wasn’t greatly different, and Edgeworth had an early chance when left back Aaron McLoughlin found the ball at his feet on the junction of the eighteen yard box. Facing just the keeper and no time to think, the defender’s shot flew into row zed. Edgeworth continued to provide stiff opposition for the remainder of the match, ensuring no one left early despite the freezing conditions pitch-side.
Melbourne City’s new recruit Harry Novillo had Edgeworth players and fans nervous all night. It was the Frenchman who won the vital free kick in injury time that would send Edgeworth crashing out.
Gutted by the cruel 2-1 defeat in the shadows of extra time, Edgeworth manager Damien Zane said,
“. . . I’m just so proud of them. The work they put in, and to still look dangerous . . .”
Aaron Mooy’s second stunning free kick ensured that Edgeworth pack away any FFA Cup dreams for at least another twelve months.
About Editor 250 Articles
Spreading the word on soccer in East Asia. 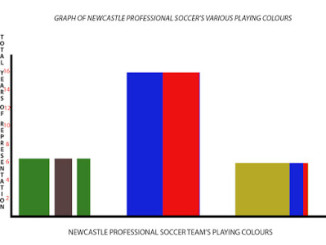