Melbourne Heart have sacked manager John Aloisi after a miserable run of sixteen matches without a league win. But the former Socceroo stalwart’s sacking masks a bigger problem at the Heart. Not many people actually care about them.

Heart were founded and immediately planted into the A-League for the 2010/11 season. Since then we’ve witnessed 10 Melbourne derbies and it cannot be denied that there is a genuine buzz about the fixture. Unfortunately, the rest of the time Melbourne pays virtually no attention to the red and white team. Looking at average attendances for the three ‘full seasons’ Melbourne Heart have existed, most would say, “that’s not so bad.” In 2010/11 Heart averaged 8312, in 2011/12 they rose to 9082, while in 2012/13 attendances dropped to 8560. It’s a solid base to build from, but closer investigation of these statistics reveals a major concern for Melbourne’s second A-League team.

It’s Melbourne’s ‘contrived’ derby which continues to prop up Heart’s end of season attendance stats. The Heart’s rate of patronage plunges markedly when the derby match is removed from their attendance records. Averages for 2010/11 without the derby were 5825. In other years the impact has been similar (check graph).

The problem apart from Heart’s limited on-field success is their lack of identity. As I sit here in my Sydney office I ponder, “Why would someone support Melbourne Heart?” Reason 1: an individual prefers red over blue. Reason 2: an individual is an anti soccer fan who fears Melbourne Victory’s rising iconicism.

While I too prefer red over blue (a graphic arts teacher once told me it symbolises passion), it’s not the kind of reason that inspires long term loyalty, or requests for life memberships. Yes, Melbourne Heart have a solid base and if on-field success arrives numbers may swell, but FFA (Australian football’s organising body) have long talked about Geelong as a location for an A-League club. What would happen to Heart’s flimsily founded supporter base if Geelong did arrive?

Most Victorians scoff at ‘AFL mad’ Geelong being awarded an A-League license, but even if it’s unlikely the Melbourne situation must be resolved. Unlike Sydney’s derby that works on a good old fashioned geographical separation, which divides the so called ‘working class’ from the ‘silvertails’, Melbourne’s derby is about nothing, and when the blue team aren’t in town no one cares. 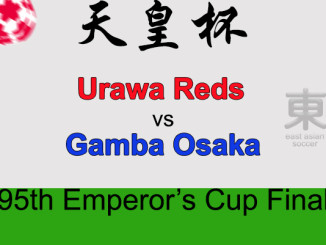