Melbourne Victory have advanced to the second week of the A-League semi finals with a narrow and controversial win over Perth Glory. In front of a disappointing 22902 fans Melbourne stuttered into action after Perth had gone ahead early and were able to steal the match courtesy of a dodgy penalty call and a numerical advantage through the extra-time period.

On loan Ryo Nagai put Perth Glory ahead in the 15th minute, with an improvised ‘chesting’ of the ball from close range. The goal came on the back of a period of domination for Perth who looked to be playing the same pass and move game that Melbourne Victory’s Ange Postecoglou promotes. As for Melbourne, it seemed they’d forgotten how to play.

As is the norm in soccer Perth felt less inclined to make any purposeful attacks apart from those that arose out of transition. Shane Smeltz who was returning from a facial injury was sadly off colour. The prolific goalscoring New Zealander had a golden opportunity to make it 2-nil in the 56th minute when working himself into shooting position but he force his shot wide. On another day he would have made it count. All the while Melbourne were slowly gathering momentum.

Melbourne Victory began to threaten more and more inside the final ten minutes, with 19 year old Connor Pain proving the most dangerous. His clever footwork and pace, gave hope to Melbourne fans and opened the door of opportunity for his team-mates. But on the 87th minute Mark Milligan committed one of them fouls which seem paired with every 90 minutes he plays. Milligan lunged in when Scott Jamieson had dribbled into the box. Jamieson changed direction and the whistle was drawn to referee Jarred Gillett’s lips. It was left to Shane Smeltz to assign Victory to defeat. He hit the crossbar!

Cue the desperate surge from Melbourne Victory. A long pass floated into the box, only to be headed across the area. Youngster Andrew Nabbout stood with his back to goal, and brought the ball under control with his upper arm, at the same time Steve Pantelidis tugged at the forward’s shirt. Soon Gillet drew the whistle to his lips again. This time Milligan made no mistake and Perth were down to 10 men.

The extra time period saw the irrepressible Archie Thompson strike with a header, after Marcos Flores had set excitement machine Rojas free down the right. There were only four minutes of extra time played but now it seemed a mountain for Perth to climb. Nevertheless the West Australian club made a contest of it, and what followed was possibly the most exciting period of finals soccer the A-League had ever seen. There were players going down with cramp everywhere you looked and while Perth through everything at Melbourne they just didn’t have the ability to grab a goal. Perth look set for a fine future under new manager Alistair Edwards, with players like Scott Jamieson seemingly reinvigorated. Other prospects such as 16 year Daniel De Silva and Cerezo Osaka’s Ryo Nagai point to a bright future in Perth. Melbourne however, will need to be much better when they turn out next week.

GAMBA OSAKA SET TO WALK AWAY WITH DOMESTIC TREBLE 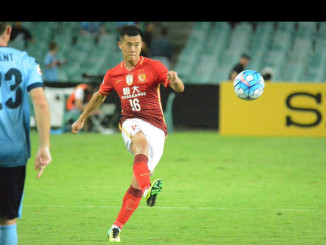 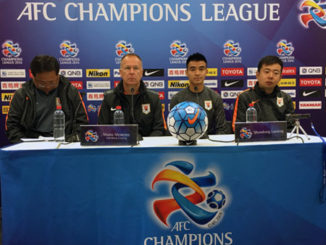