On Wednesday 15th May the Central Coast Mariners will face the stiffest test of their so far unfruitful ACL lives. The little team from Gosford who were recently crowned champions for 2012/13, are up against China’s Guangzhou Evergrande. Guangzhou have marched out of the ACL’s group of death with one loss and some impressive victories.
The Mariners have got mileage out of using the underdog tag over the years, despite making it to four A League Grand Finals. This blog has been on the case of the Mariners for the continued ‘little battler-ism’ being employed by club management, and playing staff over the years, however, this time they are free to play the underdog card. It’s okay.
Boasting a star studded and rather ‘well remunerated’ line-up, Evergrande slipped up once against Japan’s biggest soccer club Urawa Reds, while scoring two draws against Korea’s ACL top guns Jeonbuk Hyundai. Nicknamed the Tigers, Guangzhou has become the big money club of Asia since the Evergrande Real Estate Group provided their assistance. The stars include 29 year old Dario Conca of Argentina who is said to be on US$10.4 million a year. Aussie midfielder Rostyn Griffiths formerly of Central Coast Mariners has touted Conca as the danger-man. Everything goes through him . . . he floats around the pitch playing as the attacking midfielder and he is very dangerous from set pieces. Griffiths is a voice of authority on the Chinese Super League being a regular at local rivals Guangzhou R&F. Also posing a threat to the Mariners hopes are the likes of Paraguayan Lucas Barrios brought to the club last year on a record transfer fee of 8.5 million Euro (equal to roughly US$11mil). Meanwhile the struggling former Borussia Dortmund striker can only manage to earn US$8.7mil a season. There is no salary cap in

China. By far my favourite for the Tigers though is Muriqui who has put in some stunning performances in the ACL. He’ll be positioned on the wing or as a forward in a 4-4-2 formation. Rounding things off is superstar manager Marcello Lippi.

With a paltry US$2.5mil budget the Mariners have defied logic with their consistency in the A-League. A major problem for Central Coast has been player retention. Midway through the 2011/12 A League season the club were hamstrung by the losses of prodigal son Matt Simon and defensive midfielder Rostyn Griffiths. This season they’ve seen brilliant youngster Tom Rogic exit to Celtic in Scotland. Also rumoured to be on their way out are keeper Matt Ryan (Premier League interest), defender Trent Sainsbury, striker Bernie Ibini-Isei and the retiring Patrick Zwaanswijk. Incredibly it’s team unity which has been the dominant theme of the Mariners narrative.For the Mariners to have a chance in Wednesday night’s first leg they will have to all play at their best. Thirty-six year old striker Daniel McBreen has had his best ever professional season, scoring 19 goals. It’s possible McBreen’s physical style could upset the Guangzhou defence but getting the ball to the man will be a herculean task. Guangzhou are expected to dominate the midfield but the job of breaking down that dominance lay at the feet of English import Nick Montgomery and local club stalwart John Hutchinson.

Good luck to Graham Arnold and his Central Coast Mariners. In this match they stand as Australia’s sole representative remaining in the Champions League. It was heartening to see 7623 Mariners fans show up for the recent ACL clash with Japanese club Kashiwa Reysol. Lets hope we see more than 10000 this Wednesday. 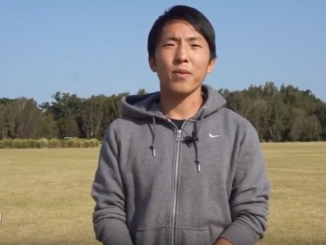