Playing at Magic Park – a stone’s throw from the home of the Newcastle Jets – locals could have been forgiven for thinking that the A-League Jets had put on the Broadmeadow shirts.

The home side were totally dominant. They took a 2-nil lead to half time courtesy of goals from Kale Bradbury and Peter Haynes.

But in the second half former Newcastle Jet James Virgili proved himself a cut above the rest. The 23 year old’s pace and ruthlessness in front of goal will be something to savour in this season’s Northern NSW NPL. Virgili bagged three goals while Bradbery picked up his second. The pair played on opposite sides of Broadmeadow’s attack, with aerial and shooting threat Haynes at the head of the arrow.

For Adamstown, Matt Paul and Alex Read picked up the consolation goals, but Bradbery scored the final goal, ensuring Magic had the last word.

Next week Magic host Lambton Jaffas who were narrow losers to Edgeworth in their first round fixture. 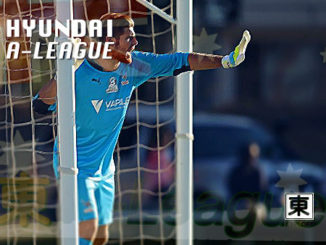 SIGNATURE OF EDGEWORTH GOALKEEPER A GOOD SIGN AT JETS 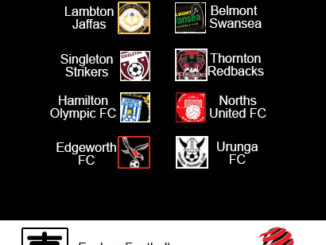 3 Comments on MAGIC START TO NPL SEASON FOR BROADMEADOW