In his own words, this season is a very important one for Shoichi Koshimizu. This year the 25 year old from Japan is on his second assignment with Australian 2nd Tier outfit, Sunshine Coast FC.

Back in 2014 Koshimizu made his first trip to Australia to try his luck in the Queensland NPL. Koshimizu had spent his formative years with the Kanagawa University team before moving onto current J3 outfit YSCC Yokohama. Though 2014 ended with a serious knee injury, Koshimizu impressed enough to be invited back in 2016.

At present Sunshine Coast FC find themselves third from bottom, but the attacker has wasted no time in finding the back of the net. Forced to sit out the last two fixtures, Koshimizu has managed to bag three goals in his four appearances.

On Sunday (10/4/16) Sunshine Coast FC took the field without the Japanese import and were unlucky losers against Redlands United. The Fire drew level in the 79th minute only for a penalty to  be awarded to Redlands in the 86th minute.

Asked about the level of the Queensland NPL, Koshimizu was confident that a number of players would be able to adapt to Japan’s second tier.

“Some players have enough ability to play in J2. Many players from the top four or five teams have good technical ability,” he said.

Koshimizu himself has adapted to the more physical side of the game here and believes his work ethic is what stands him in good stead.

This season he has played as a forward on either side of the 4-3-3 formation employed by new manager Sam Saif.

When asked about the team’s prospects for the top four (finals), Koshimizu revealed the squad had a number of new faces and that it may take some time for combinations to settle.

Off the field he’s happy to indulge his passion for fishing during his spare time. Situated near Peregian Beach he would have plenty of time during his enforced lay-off caused by a hamstring strain.

Probed on his future in the game, Koshimizu was up for a challenge. “Whatever the outcome, this year I am 26, so if I ever go to Europe it should be now when I’m young.” At the end of the season he will choose his path.

Contrastingly, the 25 year old even mentioned life after soccer. At the core of those thoughts were the feelings for his girlfriend back in Japan. But whatever this year yields, Koshimizu will not be lost to the game.

During our conversation he revealed a strong will to be connected to the game, purely for the happiness it brings to him and others.

This weekend you can see Shoichi Koshimizu and Sunshine Coast FC in action at Perry Park on Saturday, 6pm, when they take on Brisbane Strikers. 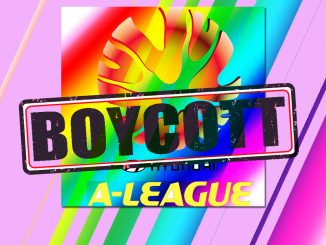 Boycott Over. For Now. 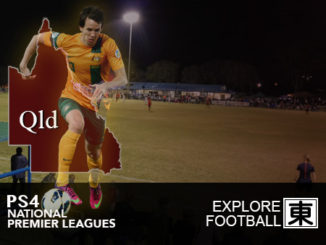 10 Comments on KOSHIMIZU AT THE CROSSROADS IN QUEENSLAND NPL