The recent departure of Newcastle Jets owner Nathan Tinkler has been received positively by all who care for the Hunter region club. But the exit has opened the door for some rethinking on the identity of the team representing Newcastle.
Last week A-League chief Damien de Bohun announced plans for the club to hold two fan forums (18th June & 24th June) and a business leaders forum (10th June) this month. The moves to reconnect with the local community are a great initiative as Newcastle folk definitely feel detached and ignored, in terms of the club’s direction.

De Bohun was also quoted at the ABC Australia online site hinting at a possible change of playing strip. Interviewed on 28th May, he said, “. . . in terms of the strip design, without giving anything away yet, there’s a couple of things there that will give people a sense of where we’re going.”
This comes in contrast to the initial message to Jets fans by FFA CEO David Gallop on 21st May. In a mail-out issued to Newcastle Jets members Gallop said, “Next season (2015/16) the Club will retain the same name, colour and logos as existed in the past. The Club will play at Hunter Stadium.”
In the space of seven days there’s been a change of plans. What information is de Bohun privy to that FFA boss Gallop didn’t have a week earlier?
Suddenly the team that sports the same blue & red as the Newcastle Knights side that competes in the NRL, needs a change.
It would seem a bizarre step from the FFA as the club has had 10,000 plus memberships for the last three seasons, despite the on field failings.

A BRIEF HISTORY OF PROFESSIONAL SOCCER IN NEWCASTLE

But the subject of colours and playing strip is a touchy topic in Newcastle. There are some influential types championing a revival of the gold playing strip, and others that crave for a return of the traditional green, brown and white strip of Newcastle’s initial NSL existence.

However, some close investigation of Newcastle’s early existence in the NSL uncovers a very short ‘tradition’. The famed Newcastle KB United often waxed lyrical about by FoxSports’ Andy Harper, lasted only 6 and a half seasons before financial difficulties meant the team changed name to Newcastle Rosebud United (playing in green & black).

KB United were the team that sported the original green, brown and white strip, though the unique colours didn’t equate to on field success. The club were at best mid table all through their existence to 1986 as Newcastle Rosebud United, and even the early record crowds dwindled to averages as low as 1500 in their final years, when the embattled NSL was divided into conferences.

Newcastle’s next foray into the national soccer spotlight came under the guise of the Newcastle Breakers in 1991/1992. The Breakers with their blue & red strip lasted 8 seasons (absent in 94/95), up until 1999/2000. Once again the club could barely achieve a final placing above mid table, finishing 7th of sixteen teams the highlight.
For the final 4 seasons of the poorly administered NSL, Newcastle was represented by Newcastle United. Once again the club sported blue & red; colours that were becoming synonymous with the industrial city. The latter years of the NSL saw Newcastle finally experience some success, finishing 2nd on the ladder in 2001/2002, and 4th on the ladder in 2002/2003.
When the A-League was born in 2005/06, Newcastle was present again. The Newcastle United Jets wore a predominantly gold strip with blue & red reserved for trim and shorts. Known as the Jets (a nod to the nearby RAAF Airbase), Newcastle won the A-League Championship of 2007/08.
But financial strife reared its head again. During the 2010/2011 season the club came under the ownership of Nathan Tinkler. By the next season Tinkler revived the familiar blue & red playing strip, ending the 6 seasons of gold with blue & red trim. 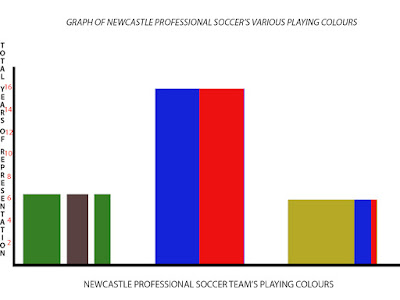 
As stated earlier the FFA is now in control of the club and they’ve promised to listen to the fans. While there are some who voice concern at the current blue & red playing strip, the majority are happy for the club to remain as they are. Even online fan forums where many hard-core Jets supporters congregate, have a less than overwhelming focus placed on changing the strip. Those that do argue for change, often accompany their comments with petty grievances about the city’s NRL side the Newcastle Knights.
The upcoming fan forums on 18th June and 24th June will offer a chance for the whole community to have a voice, that includes the hardcore, the families, and Novacastrians that just want a team they can be proud of.

So the story of professional soccer in Newcastle has a couple of strong themes: Financial woes and instability. As for the halcyon days of Newcastle KB United, well you can only recall them days gloriously if looking through rose coloured glasses.
The A-League is just ten years old and still building a history, a league that we may one day say possesses some traditions. Therefore any further fiddling or tinkering with of playing strips will only serve to disrupt what foundations the competition has already laid.
About Editor 242 Articles
Spreading the word on soccer in East Asia.

FORK IN THE ROAD TO BRAZIL 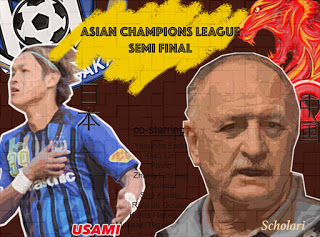