In form hoop James Macdonald has been pencilled in to ride Japan’s Danon Premium in the Queen Elizabeth Stakes on 11th April.

The news was declared on Australia’s Sky Sports Radio morning program Racing HQ (30/3/20). Ron Dufficy (co-host) was reviewing the stellar performance of Verry Elleegant over the weekend in the Tancred Stakes when he stated, “It’s interesting what they’re going to do with her next, considering Macdonald’s going to ride Danon Premium. . . whether he’s got the okay, as far as she’s not going to the Queen Elizabeth.”

Discussion between Dufficy and host Bensley highlighted that it’s possible the jockey was privy to information about Verry Elleegant’s precise plans in the weeks and months ahead. Post race on Saturday, Verry Elleegant’s trainer Chris Waller stated the Caulfield Cup was the main target for the mare but he did not totally dismiss running her again in the autumn.

As for the import, Danon Premium is here on a hit and run mission. The connections arrived on 18th March and seek to emulate the deeds of Lys Gracieux in last year’s Cox Plate. They have been slightly hampered by the 14 day quarantine requirements in place for international arrivals (way back on 18/3/20) but reports so far have been positive for the five year old.

The Deep Impact entire has had 10 starts for 6 wins, 2 placings and 2 times unplaced. He is currently second favourite with online betting agencies, Ned’s and Sportsbet for the Queen Elizabeth Stakes. 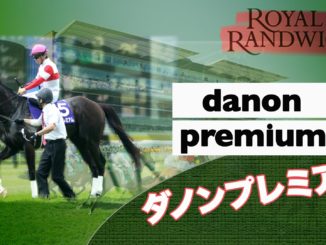