The Jets have been the most disappointing A-League club over the last seven seasons. Since winning the A-League Champions title in 2007/08 the Jets have made the finals once (09/10) and finished 7th three times. In a ten team competition there is no consolation in finishing mid-table. Even worse, the club has had to witness derby rival Central Coast Mariners win a title in 2012/13 and watch as they dominate the derby fixture.
This year the Jets are being touted as wooden spoon favourites. And it’s no wonder, with new manager Phil Stubbins greeted by the departures of topscorer and A-League Golden Boot, Adam Taggart along with Josh Brillante, junior Socceroo Connor Chapman, James Brown, Emile Heskey, Craig Goodwin and captain Ruben Zadkovich. But in Newcastle’s favour is the signing of striker Jeronimo Neumann, Ecuadorian Edson Montano and former Mariner Marcos Flores.
The off season recruitment has been about finding goals. Last season the Jets scoring summary reads as: 34 goals in 27 matches. On closer investigation the statistics scream goal drought. Of the 34 goals, five came in a promising victory over Wellington, and 16 were provided by Adam Taggart. Thus, Neumann and Flores are vital signings, and favourite son Joel Griffiths should not be forgotten either.
This week in the lead up to the derby Marcos Flores lit the flame by calling out the Mariners organisation. The midfielder was disappointed in the treatment dished out to him after his full knee reconstruction in the 2013/14 season. The 28 year old said, “. . . when you get hurt in that way you feel that you are going to get support and they didn’t (support me). After three years in this country I packed my suitcase thinking that I wasn’t going to come back.”
But the Argentine is back, and he’s just the antidote for a disjointed Newcastle attack. Despite the numerous Young Socceroos that Gary van Egmond had recruited to the club, the Jets appeared to be a team of individuals in 2013/14. If injury free Flores will provide the link between defence and attack, and his infectious enthusiasm should bind the team.
As for the derby, the odds are stacked against the Jets. They’ve won once in 16 visits to Central Coast and the Mariners haven’t been beaten in the last five clashes with Newcastle. Add to that the fact the Jets crashed out of the FFA Cup in the first round, and you wonder about the intelligence of the above headline. But Newcastle are a club ready to blast off. There is just far too much class in the team for them to continue under performing. At $4.00 punters would be mad not to take the odds in the derby.
About Editor 247 Articles
Spreading the word on soccer in East Asia. 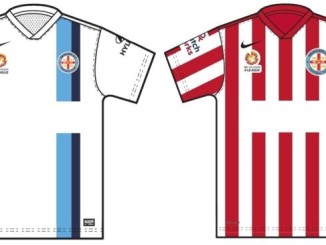