With two rounds remaining in the J-League Yokohama F Marinos are now four points clear of nearest rivals Urawa Reds. On a day when the chasing pack imploded, Yokohama toughed out a win in Shizuoka prefecture, against relegated Jubilo Iwata. It wasn’t pretty but the Tri-Colours showed some champion qualities by winning while not playing ‘champagne football’.

The stats tell of Yokohama’s dominance but the action wasn’t something that JFA will be airing in its promos for the J-League. Yokohama ended the match with 13 shots over Jubilo’s 2, and a dominant 13 corners to Jubilo’s 4. It was from a second half corner that the winning goal was scored. Nakamura, slightly off colour in his overall performance, sent in a corner which evaded any contact from defender or attacker as it bounced inside the box. The loose ball drew an attempted smother by the Jubilo keeper and like the soccer gods had whispered something in his ear, Yuji ‘Bomber’ Nakazawa arrived on the scene at speed belying his age. He cleaned up the keepers scraps and made it 1-nil to Yokohama in the 69th minute. The remainder of the match saw Jubilo throw more men forward in pursuit of an equaliser, (which would not save them from relegation anyway – their fate is sealed) but it was offset by the occasional counter from Yokohama, primarily down the left through youngster Manabu Saito. F-Marinos would run out 1-nil winners with a late goal line clearance to regale about in the dressing room.

Meanwhile, Urawa Reds and Sanfrecce Hiroshima slipped up at a vital stage of the J-League. The Reds failed at home to the ‘in form’ Kawasaki Frontale (5 from last 6 J-League matches) while Hiroshima couldn’t get past Cerezo Osaka. Brazilian Fabio Simplicio was the sole goal scorer at Kincho Stadium in Osaka, and he’s put the pink half of Osaka in with a real shout of an ACL position. The Reds were unable to halt the march of Kawasaki who are also eying a place in the ACL. Kawasaki hit the front early via their Brazilian (it’s a mandatory requirement) Jeci in the 12th minute. The Kanagawa side would retain that lead until Reds defender Makino thrust himself into the spotlight. Makino levelled the scores in the 57th minute, only to turn from hero to zero in two minutes. The defender was responsible for an own goal which restored Kawasaki’s lead. In the dying stages Urawa had a number of corners and that man again, Makino would be involved. The defender was taken by surprise when a ball was deflected into in his path at chest height, inside the six yard box. He seemed frozen – cemented to the ground. The ball bounced off his chest aimlessly, soon after Kawasaki were off on a counter and it was the reliable Yoshito Okubo who drove the nail into Urawa’s J-League coffins.

So with two rounds to go in the J-League, it’s down to four teams. Cerezo Osaka will require Yokohama to lose both their matches, and hope for Hiroshima to slip up against Kashima, while they can beat Urawa on the last day to go ahead of them. Forget about Kashima. Although they face two teams above them, their goal difference is inferior by 12 to Yokohama’s and though I love an equation, I can’t see Yokohama going backward by six goals and Kashima forward by six. Of the chasing pack the best placed is Hiroshima. They have a ‘gimme’ of a match against relegated Shonan and a final round fixture against Kashima. In Hiroshima’s favour is their goal difference of +19 just two inferior to Yokohama. Those two goals would be made up by virtue of their winning and Yokohama’s losing over the last two rounds. It’s all speculation at this stage, but no one would argue that Yokohama currently sit in the most enviable position. Their fate is own their own hands.
About Editor 252 Articles
Spreading the word on soccer in East Asia. 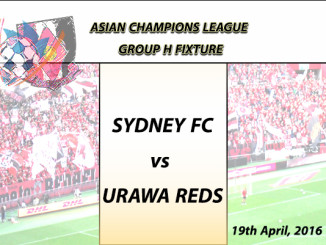