It’s been a long off-season in the A-League – 160 days to be precise. In that time, coaches and players have moved on and new ones have taken their place. With that being said, Round One promised plenty of action, with a rematch from the finals series kicking the weekend off, followed by a massive derby fixture.

The last time these two teams met was back in the Elimination Final on the 15th April, when the Roar ran out 2-1 winners over the Victory at Suncorp Stadium. On that occasion, a 10 man Melbourne Victory took the lead on 86 minutes, before Brisbane struck with goals on 88 and 93 minutes to snatch the win. This time would prove to be a similar story. Victory would have the first chance of the game, as a Troisi free kick from the flank was headed over by Alan Baró on 17 minutes. Six minutes later, Corey Brown thought he had opened the scoring for the Roar as he slotted home after a through ball, but the referee flagged him offside. On 48 minutes, Jamie Maclaren found himself on the edge of the area from a through ball, but his low shot was saved by Lawrence Thomas. The Roar would find themselves down to 10 men on 65 minutes, as Matt McKay was shown a second yellow card for a tug of the shirt. Daniel Georgievski went close to making the man advantage count, as his 74th minute cross to Berisha went beyond the striker and narrowly wide of the goal. On 83 minutes, the goal did come as a Fahid Ben Khalfallah cross into the box isn’t dealt with before Mitch Austin shoots home from 12 yards. There would be drama on 96 minutes when the Roar found an equaliser. Tommy Oar delivered a free kick into the penalty area, before the ball bounced around off five players and Luke Devere chipped over Lawrence Thomas from 15 yards.

Melbourne City have strengthened their squad well through the off-season, adding the likes of Nicolas Colazo and Tim Cahill to the squad. While Cahill was away on international duty, it was still a very strong squad that went to New Zealand to take on the Phoenix. City threatened early, as Colazo passed to Bruno Fornaroli, but his shot from outside the area went over. Fornaroli had a second chance on 22 minutes, when he made a run and shot from outside the area but it lacked venom and Glen Moss easily saved. A minute later, Colazo found himself open outside of the area, but drilled his shot across the goal and wide. Moments later, Luke Brattan delivered a cross across the goal to Fornaroli, but Moss does excellently to save the close range header. On 30 minutes, Anthony Caceres completed a run following a ball from Bruce Kamau with a deft touch around an oncoming Moss, before tapping home from 1 yard to give City the lead. While City had all the chances, on 58 minutes they saw themselves down to 10 men. Thomas Sorensen was shown a straight red card after handling the ball outside his box, following a ball from Roy Krishna. Five minutes later, Krishna broke free and nearly drew Phoenix level with a low shot, but Dean Bouzanis saved. Krishna found himself with a golden opportunity on 79 minutes, as he broke free and found himself one-on-one with Bouzanis, but Bouzanis got a hand on the ball to stop the chance. Despite finishing with more chances, the Phoenix were unable to draw level.

It was a derby game in round one, and with the fixture being held at ANZ Stadium, a record crowd of over 61,880 fans were able to attend. Sydney FC had the first clear chance of the game, as Bobo struck his shot off target from the edge of the area on 17 minutes. Kerem Bulut had two chances to open the scoring at the end of the first half, but shot wide once and had a close range shot saved by Danny Vukovic. The stalemate would be broken on 51 minutes, when Bobo crossed to Filip Holosko, who slotted home from 12 yards. Bobo would get his goal four minutes later, when Holosko cut back to Bobo who tapped home from 6 yards. On 71 minutes, a defensive error let Mitch Nichols through on goal, but his shot from the edge of the area was saved by Vukovic. Four minutes later, Brandon O’Neill played a long ball forward to Rhyan Grant, but his shot from 6 yards cannoned off the crossbar. On 83 minutes, Milos Ninkovic played a through ball to Alex Brosque, who was brought down by Aritz Borda just outside the area. Borda was shown a red card, before Brandon O’Neill curled it into the top corner from the free kick. On 89 minutes, Redmayne failed to deal with a shot from Bobo inside the area, before Brosque tapped in from close range off the rebound.

Normally when a side goes into half time 3-0 up, they can safely assume that the game is theirs. In Perth, however, it became clear that this is not always the case. Three minutes into the game, Diego Castro delivered a cross to Adam Taggart that was headed home from 6 yards for the opening goal. On 23 minutes, Perth nearly had a second as Brandon Wilson struck the crossbar after a shot from outside the area. Marc Warren delivered a cross into the box that Adam Taggart volleyed home from close range on 27 minutes for the second goal. Perth would have a third when Diego Castro converted from the penalty spot after a Jacques Faty foul on 35 minutes. It was a game of two halves, and the Mariners managed to pull a goal back on 56 minutes. Trent Buhagiar delivered a cross to Roy O’Donovan, who calmly tapped the ball into the goal. Moments later, Taggart played in Andy Keogh, but his shot from the edge of the area was saved by Ivan Necevski. The Mariners had a second on 84 minutes, when Kwabena Appiah-Kubi’s shot came off several players and into the net. Two minutes later, Rhys Williams fouled O’Donovan inside the penalty area, before O’Donovan slotted home to equalise the game for the Mariners. The Mariners come away with a point after being 3-0 down.

Adelaide finished last season as Champions, but their chances of retaining the title look slim. Several key departures from the squad have left the side weakened, while their defeat to Redlands United in the FFA Cup won’t have filled their fans with confidence ahead of the season. Newcastle nearly took the lead in this game on 16 minutes when Aleksandr Kokko charged down Eugene Galekovic’s clearance, deflecting the ball onto the crossbar. They had to wait mere seconds to score though, as Wayne Brown delivered a driven shot from outside of the area that beat Galekovic. Just another minute later, Newcastle were nearly in again as Nabbout delivered a cross into Hoole, who had his close range shot saved by Galekovic. Adelaide would equalise on 29 minutes, when Jack Duncan got caught out of his net and Jesse Makarounas hit home against an empty goal from 25 yards. Just before the hour mark, Devante Clut got on the end of a ball into the box, but his shot from an acute angle was palmed away by Galekovic. On 65 minutes, Ben Garuccio delivered a free kick from 25 yards at goal that saw Jack Duncan have to palm over the goal. With a quarter of an hour to go, Andrew Hoole got on the end of a long ball from Clut. He chipped over the oncoming Galekovic, but was unable to get a shot away before the Adelaide defence swamped. Neither side managed to find a second goal as the game finished 1-1. 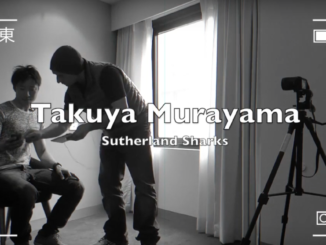 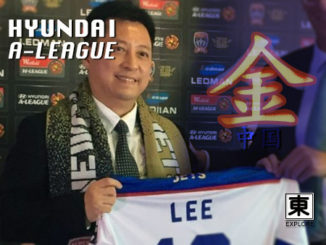 7 Comments on HYUNDAI A-LEAGUE: ROUND 1 REVIEW