Two time Asian Champions League winners Guangzhou Evergrande host Japan’s Urawa Reds in the 3rd Round of the ACL this week. Guangzhou find themselves in a bit of a pickle after only managing a draw against Pohang Steelers on opening day and then suffering a defeat in Sydney.

Opponents Urawa Reds are Japan’s best supported team. Frustratingly for the Saitama club though, support doesn’t equate to success. The Reds have won the J-League just once, back in 2006 and funnily enough they won the Asian Champions League the next year.

This season the Reds have got off to a reasonable start on all fronts. In the ACL they’re on 3 points from two matches and in the J-League they’re 2 wins from three.

China’s Southern Tigers on the other hand are yet to settle. Over the weekend Guangzhou downed Changchun Yatai 3-0, but may have lost fullback Zhang Linpeng to an ankle injury in the process. On the first day of the Chinese Super League, Evergrande were shocked by Chongqing Lifan 2-1.

The team’s ACL loss to Sydney FC was also a shock but when we spoke to national team midfielder Huang Bowen after that match he was quick to cite fitness issues, “. . . we had only one month preparation for the new season while Sydney FC is playing the A-League and they’re in good condition. We were tiring since we played three games in the last week and we headed to Sydney straight after the Chinese Super Cup.”

When asked about the upcoming Urawa Reds fixture, Bowen was adamant it was the first of many important games, “We cannot afford to lose any points in the remaining four games in the group stage.”

So all eyes will be on Tianhe Sports Centre in Guangzhou this Wednesday as a loss would virtually condemn the champions to a group stage exit. In the other Group H clash group leaders Pohang Steelers host Sydney FC. 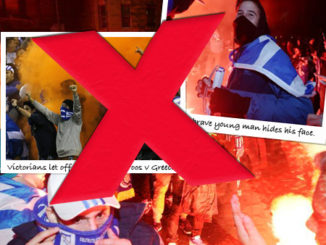