Graham Arnold is staying put. The man who has steered the Mariners into calm and prosperous waters over the past two seasons will remain on board much to the chagrin of his Sky Blue suitors.

Sydney FC are still looking for a manager after Graham Arnold made a negotiation too many for their liking. Football director Gary Cole (Sydney FC) said yesterday, “We had asked Graham for a final answer by today but we were presented with some last minute requests, which we were not prepared to meet.” According to Cole, Graham Arnold had requested that he be able to bring along his Central Coast Mariners assistants.

However bad this is for Sydney FC, it’s double that in positive measures for the Mariners. In two years at the helm Arnold has took the team to a Grand Final appearance in 2010/2011 and this season they carried off the Premiers Plate which grants them automatic entry to the ACL. And lets not forget the Mariners are still in with a fighting chance of making it through to the knockout phase of the ACL, pending their fate in Nagoya next week. 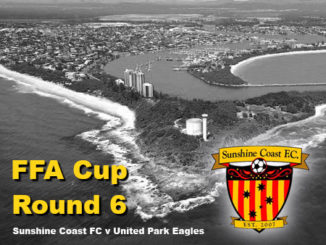