Jordan manager Adnan Hamad has declared he and his team, “. . .came here for a win.” The Jordanians have arrived in Melbourne facing the same situation as the Socceroos. After six qualifying matches Jordan and Australia are in control of their own destinies.

The two teams met in Amman, in September 2012, with the Jordanians springing an upset 2-1 victory. Manager Hamad rates tonight’s clash with the Socceroos as the “. . . biggest match in the history of Jordanian football.”  While the Socceroos are now buoyant after a stirring 1-1 draw with Japan in Saitama, there are a number of danger signs for the home team.

The Australian eleven which pulled off that positive result in Japan only differ by two names from the one that were defeated in Jordan. Back in 2012 at the King Abdullah International Stadium there was no Tommy Oar or Mark Milligan. What is familiar is the two centre backs Lucas Neill and Sasa Ognenovski, and this is where Jordan found a weakness. The pair cannot blame playing conditions from that day as it was a comfortable 26 degrees. There can be no doubt though that Jordan will look to isolate the two again. How will they do that? Counter attack. Lucas Neill will be having nightmares of forward Odai Al Saify (9) and his shimmy shimmy go-go. While Jordan’s first goal in the previous outing was a dubious penalty earned by the aforementioned, we shouldn’t be surprised if he earns another tonight. His agility will trouble the two larger framed Aussies, and poignantly he grabbed the only goal in Jordan’s warm up match against New Zealand last week.

For the Australians the injection of Oar and Kruse on the wings against Japan was a master stroke from Holger Osieck. The two are looking to establish themselves as regulars in the World Cup squad, and it’s that kind of enthusiasm and motivation which can infect the rest of the playing group once on the field. The danger of playing the same troops time and again is that wearing the national shirt becomes ‘run of the mill’. This has been evidenced in Australia’s trips to the middle east, against unrecognised opponents.

Nevertheless, the Aussies are in a mathematical predicament where they simply must win to guarantee qualification. Both manager and players are whistling the right tune to the media. But complacency is rarely detected before the ninety minutes are played.

Meanwhile Group A with Korea Republic (11) Uzbekistan (11) and Iran (10) is also full of tension. Tonight Korea face Uzbekistan in Seoul while a week later they host Iran. The Iranians should take three points tonight against Lebanon and then travel to Korea placed in the top two. 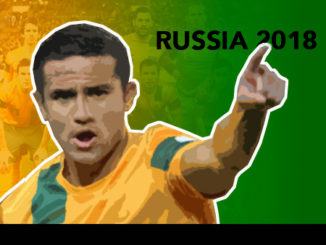 5 Comments on FORK IN THE ROAD TO BRAZIL