An encouraging draw with last year’s QLD NPL Champions Moreton Bay, will have Sunshine Coast FC’s heads above the water, for now. But Saturday’s match will be quickly forgotten as the Fire now lock into FFA Cup mode.

Sunshine Coast face 3rd Tier Woombye Snakes in Round 5 of the FFA Cup tonight. Japanese recruit Shoichi Koshimizu has confessed little knowledge of his opponent, but he couldn’t be accused of understating the importance of match.

“The result is everything,” he said. It’s evident that though the Kanagawa (Japan) product is still healing a hamstring strain, he will be holding nothing back in the FFA Cup.

“The FFA Cup is a knockout competition. Once we lose the game, that is the end,” Koshimizu said.

With their NPL play off hopes in dire need of resuscitation, the FFA Cup takes on even more importance. A loss in the knockout competition would be a terminal blow for the Fire’s 2016 aspirations.

Despite their short history, Sunshine Coast have collected plenty of silverware. Established in 2007, they won the 2nd Tier (Qld Conference) competition at their first try in 2008 and again in 2010 and 2011. In 2012 the Fire won the Grand Final again, as opposed to previous efforts when they won Grand Final and Premiership doubles.

Surprisingly they’re yet to make it to the Final 32 of the FFA Cup. Perhaps such an achievement could be the saving grace for a youthful squad looking to prove their worth.

Opponents Woombye Snakes are in deadly form. Currently leading the 3rd Tier (Qld Conference) after 4 rounds, the Snakes are averaging 4 goals a match. Their defence though is far from impregnable. They’ve conceded 8, at an average of two per game.

Apart from sorting out who is the better team tonight, the match will serve as a gauge for 2nd Tier and 3rd Tier strength. Struggling 2nd Tier team meets ‘in form’ 3rd Tier team. It makes for an interesting match up. 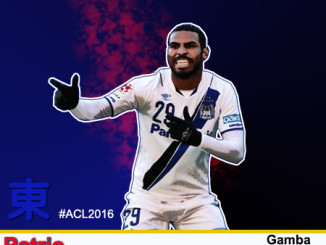 TEN OF THE BEST: PATRIC