Whilst most of Asian soccer’s  big names were starting their 2015 Asian Cup qualification campaigns, Japan were having a kick about against Latvia.

Japan hit the field with all of their stars. The best early chance falling the way of Shinji Kagawa after a run from Kiyotake resulted in a ‘room service’ cross which Kagawa skied over the goal from the edge of the box. What was confusing was Kagawa’s choice to head the ball away from goal after a Hasebe cross found him unmarked at the far post in the 27th minute. Nagatomo was up to his old tricks, making space for himself and sending in deadly accurate crosses. In the 31st minute Okazaki was on the end only for it to be directed at the goalkeeper. Keisuke Honda looked a little selfish at times with a hot and cold performance. Finally in the 41st minute Okazaki redirected a shot from Schlke’s Uchida to make Japan’s dominance count.

Early in the second half Okazaki almost made it two nil but the advancing Latvian goalkeeper got a last ditch duke out to prevent the Stuttgart based striker from passing the ball into the goal. Moments later in the 5th minute Kagawa dribbled to the box only to rush his shot at the sight of an on-rushing defender. On this occasion he should have slid the ball forward to Honda. The CSKA Moscow midfielder got on the scoreboard in the 60th minute with a sublime first touch goal after a Kagawa cross. The pair have looked at times to be on a different wavelength but on this occasion got it together. Soon after Okazaki added his second to allow Japan a 3-nil victory in front of 28607 fans in Kobe.

Meanwhile the first round of Asian Cup qualifiers saw no surprises. Hosts Australia and defending champions Japan are already qualified as are South Korea (Korea Republic) due to their performance in Asian Cup 2011. North Korea have secured their entry via the 2012 AFC Challenge Cup.

Australia will be hoping under achieving China can scrape their way into the tournament in order to take advantage of the large Chinese population in Sydney. However, China have gone down to Saudi Arabia in their first match while Group C opponents Iraq defeated Indonesia 1-nil. The Chinese did level the scores at Prince Mohamed bin Fahd Stadium and looked set to take a point until the Saudis scored in the 77th minute.

Another group of great interest to organisers is Group B. In Group B Lebanon took a beating from Iran 5-nil. Not a great start for the Lebanese who have put on an impressive performance throughout the World Cup Qualifying campaign. Again cosmopolitan Sydney is home to a large Lebanese community, and organisers would be confident of attracting big numbers to any games in the 2015 tournament involving Lebanon.

The Asian Cup qualification rounds continue on 22nd March 2013. More information can be found at the AFC website. http://www.the-afc.com/en/afc-asiancup-2015-schedule-results?id=140&type=Stage 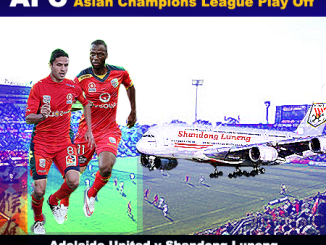